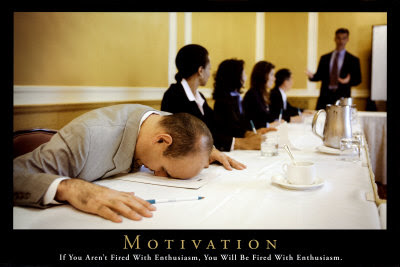 Well, despite the cold New England winter, I've still managed to get out and do about 21 miles a week. It's how I make sure that I'll make it to LAX by the time I graduate from law school--May 15, 2010. And frankly, that goal of getting to LA by graduation is the only thing that's getting me out the door most days.
As I mentioned, I'm running 3 times a week now, instead of 4 or 5. That has helped me to save a lot of time because I force all of the procrastination into 3 days rather than more. I still struggle to get myself out the door but now it's only 3 days a week, instead of 5. So the lack of time wasting has been good, but the motivation is just not there right now.
I think it's not there because I've tired of running, or at least running where I run now. The gym is an absolute no-no for me because I get bored within 5 minutes. Unfortunately, though, the runs around here are pretty boring, too. The sidewalks are snow-covered, so I usually end up braving a run on the shoulder.
But the problem is that I've done all of these runs before--many times before. So I'm having a tough time staying interested. I've tried running routes in reverse and taking some side streets to spice up the runs a bit, but that doesn't seem to be helping. Like I said, it's the goal of LAX by May 15 that gets me out the door Mondays, Wednesdays and Fridays.
Once I get to LAX, I think I'm going to cut back on my running. It will be summer-ish by then, so I'm planning to really kick up the miles on the bike to compensate for less miles running. I really enjoyed the biking I did last summer, and I went to a bunch of absolutely great places doing it. I get farther and I seem to enjoy the journey more.
I don't expect to stop running completely, but I think I'll probably supplement biking with running, rather than the other way around. Maybe run twice a week or so and bike the other days. At least for now, I'm not all that bored with biking. In fact, I'm really looking forward to getting back on the bike when it gets nice(r).
For now, though, I think I'll update some music on my iPod and just be resigned to the fact that I've got to lace up the shoes and hit the roads. It's not a lot of fun these days, but I guess running isn't always fun. It still clears my head, though, and some days, that's all I can ask for.
Posted by Road Warrior at 8:00 AM 2 comments:

I'm finally in California! After a long, slow run across the United States, I'm finally in my final states. No more borders to cross! During this week, I passed from New Mexico across the California border. Now all I have to do is make it to Los Angles (LAX airport, really) by May 15.
Needles is a town of less than 5,000 people, but it has had its share of notoriety in the movies. Route 66 (obviously) was partially filmed here as was Two-lane Blacktop (starring my favorite singer, James Taylor), and the Grapes of Wrath in 1940.
For me, Needles means nothing more than the beginning of the end of a very long journey. It's a border town and it's the last border that I had to cross in order to get to LAX. At this point, I just need to continue west on Rt 40 and then go south when I hit Barstow. I can practically see LAX from here--only 272 miles to go!
Posted by Road Warrior at 3:56 PM 3 comments: