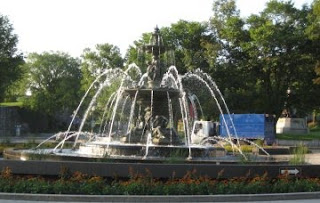 A couple of weeks ago, I took a vacation to Montreal and Quebec City. Two very beautiful cities. As much as I liked my run in Montreal, I fell in love with my two runs in Quebec City. Artillery Park has a nice set of "nature trails" that help the early morning joggers beat the heat.

Quebec City has a very strong French influence, much more so than Montreal. Everything started in French and then quickly moved to English once they heard my French. I think they appreciated that I tried.

Anyway, about 10 years ago (yikes, it's been that long??), I had 3 years of French in high school. I still remembered a lot of it, so I was able to at least understand the questions even if I wasn't able to respond all that well. While most of the questions surrounded food, my favorite phrase came from a run my first morning in Quebec City.

As I was running out of the park, saying "bonjour" to everyone I passed (see? I'm trying), a french gentleman ran passed me and said "what a great day to be alive" (in French, of course). Since my brain hadn't processed it yet, I just yelled "oooooouuuuuiiiiiii" as I passed him. It took me a second to translate it and then I smiled all the way back to the hotel. What a great day to be alive, indeed!

I've mentioned in the past how much I love running when I travel, and I always take my camera. Below are some pictures from the trail, a larger view of the park, and then some famous hotel (the name of which escapes me). 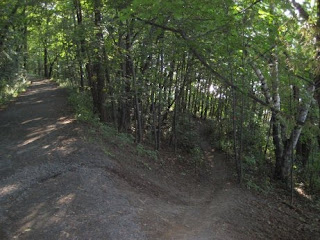 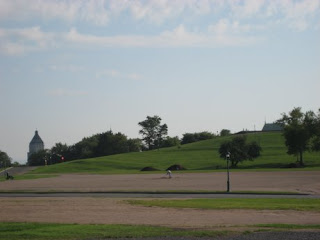 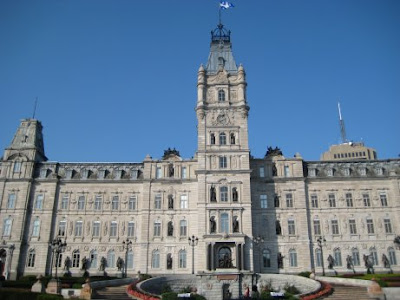 Email ThisBlogThis!Share to TwitterShare to FacebookShare to Pinterest
Labels: Run and Shoot

Sounds like a great trip! I love Montreal and Quebec City. I always try to speak Frnech too - I took it all through elementary, high school AND some university, and they still respond to me in English. Doh!

Love the photos - it certainly looks beautiful and very run-friendly. Love the comment from the other runner as well - once you're out there (most of the time) it feels like that. Have been reading all your other posts that I've missed out on (sorry! it's been a very busy summer) and you've been busy - but never too busy to think and contemplate. You are an inspiration!

I love to run in cities I visit. Last year I traveled a lot and got to know the cities through a different perspective. It is a better relationship, I'd say, between the city and you!!!

Those are great pictures, I love Quebec City!

Thanks for the tip and beautiful pics! I will definitely incorporate this on my long run!