Injuries only in my head

I have recently started to feel aches and pains when I know that I have to go out for a run. 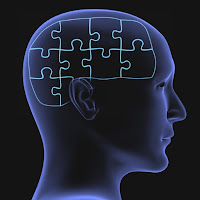 The crazy thing is that I know that the pain isn't real, or at least I'm 99% sure that it's not real. They're knee and foot pains and sometimes they even amplify into limps and aches during the day.

I'm pretty sure the pains aren't real because when I finally push myself to get out and run, I feel totally fine. The foot, knee, and back pain is gone. Or, more correctly, they were never there to begin with.

It's a phenomenon known as psychosomatic injuries. In other words, though my injuries or aches feel very real physically, they're caused by my brain creating them or making them worse.

But this isn't the first time this has happened to me. I've been able to get out of it by trying to stay out of my head. I've tried to make some games out of running (hence the run from Philadelphia to Los Angeles over 3 years), and all of those things seem to have worked. So, now, I just have to do it again.

And until I'm feeling like I can run and never stop, I'll still get myself out the door and put one foot in front of the other. That's how I started and that's how I'll keep going.

it goes like that. sometimes it's just a chore and every excuse in the book will work to get you out of it. you will be fine - just keep doing it and you will find the love again.. And your brain can work on sabotaging you in other ways.