The Weighting is the Hardest Part

With all apologies to Tom Petty, I think it's the weighting that's the hardest part--not the waiting.

Weight has been a lifelong struggle for me and will continue to be so for the rest of my life. I wasn't blessed with skinny "genes" though I do own a pair of skinny "jeans" as a result of running and eating right.

I have talked before about why I run, so I won't rehash those reasons. Don't get me wrong: I love to run, but it's not the love of running that keeps me going. It's my love of food and my need to keep my weight slightly south of a rhinoceros.

All told, I have lost more than 75 pounds. I was north of 250 and a 40-inch waist and now 31-inch waist jeans are too big for me. It was a journey that started after I ended a long-term relationship and it's a journey that I hope never ends.

The insanity of it

As you may know, I just ran a self-created ultramarathon this past weekend called 48 Miles in 48 Hours. In preparation for that, I cut back alcohol. I had two beers on Wednesday night and then didn't have anything other than water until I was done on Sunday night. And I lost 3 pounds doing that.

Now it's not that I drink much. I don't, really, but I may have one at night and probably a couple more at Happy Hour on Fridays. But I don't have much and I don't need it to get through my day, to sleep, etc. I enjoy it socially. After just 3 days of no drinking, I had lost 3 pounds.

Now I say that in preparation for my next statement. In the two days of running, 8 1/2 hours total, I only lost 2 pounds. And I wasn't eating much... probably less than 1,000 calories a day because my stomach was really upset. Shouldn't I have lost more during physical activity? You'd think so.

So I think there's a bit of general insanity that goes with weight. Marathon runners typically don't lose weight as they're training. In some cases, they gain weight. I know we're hungrier and everything, but come on... we are burning 1000s of calories. I don't think our bodies always get the memos.

Your actual weight isn't everything, though I think we are consumed (no pun intended) by it. We can eat lean meats, boneless/skinless chicken, lots of veggies, etc. and still not lose a lot of weight. Some of it is genetic and there are lots of other factors, too.

If I'm eating healthy, then the weight loss will come. Regardless, I'll lower my risk for heart attacks, diabetes, and other nutrition-related diseases. As many news reports point out, thin people aren't out of the woods. Unhealthy habits may come back to haunt them even if they look thin.

The first and most important thing that I did was recognized that I had an eating problem. The second thing was to determine where and when I had that problem. That allowed me to change my behavior. So, here's what I know.
Motivation

Finally, what motivates me? That's really enough for a whole other post. The simple answer? See the before and after pictures below. 'Nuff said. 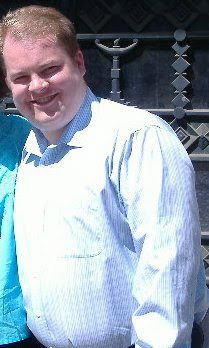 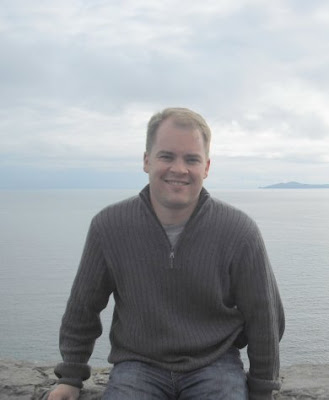 Ah, this seems to be a common theme! I was just writing about this earlier in the week. I have to say you look fantastic! Great job on the hard work. Even though I've lost weight I still find it a struggle and you posted a lot of good tips, and ones I try to live by too. Case in point, I know I shouldn't have bought that container of sorbet this weekend... :)

How is your recovery going from this weekend?

Wow, What a great post. And you look great! Congratulations for all the hard work you did. It totally paid off.

GREAT post. I, too, have struggled with my weight. Just a couple years ago I was over 200 lbs... on a 24 year old female, that is not cool. I've had a lot of ups and downs, but I think I can finally call myself healthy. I have my indulgences, but I keep myself in check. That said, I packed up about 5 lbs during the last couple months of marathon training and taper. Still trying to kick those, but it's all good.

Congratulations on the new, healthier you and thanks for sharing your insight/experience.

That's a great post. I share a great deal of these concerns / issues myself - have in fact just put myself back on Weightwatchers this week as things have slipped a bit... I think that these issues never go away completely but if you figure out what to do and what your strategy will be you are well on your way. All kudos to you - for the race you've just run, for setting yourself such an ambitious goal, and for taking charge of your life. Well done!

You are definitely inspiring!

I, too, think it is unfair that we run hundreds of miles each year and sometimes don't shed a pound. Aargh!

Yes, I agree with J that you look great! And I think you hit the nail on the head about diet. I just recently read an article about why marathoners often gain weight, written by a doctor who himself gained weight when training for a half iron tri and then took on a study of marathoners. He concluded it's because of the high carb diet, which is "starving" the body of the necessary nutrients it needs to lose weight and also that people take things to excess thinking they're burning way more calories than they really are. Interesting.

Thanks, that was a great post. You look terrific btw. The running is working!

I was an overweight kid and I know how bad that feels and how much it makes you NOT want to go back THERE. It's a lot of why I run too. Running isn't always my favorite thing while I'm doing it, but what it adds to my life when I'm not doing it is priceless.