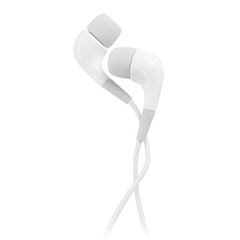 The USA Track & Field (USATF), the national governing body for long distance running, recently reversed their ban on the use of headphones in races.

The ban doesn't apply for those runners "competing in Championships for awards, medals, or prize money". The ban also still applies for any devices that are capable of receiving communication, so that a coach couldn't give secret instructions to a runner.

As an avid headphones user, I'm extremely happy to hear about this reversal. The USATF focused on the difficulty in enforcement as well as the strong opinions from runners and race directors on both sides.

While the USATF rule change does help, it's still up to the race directors to decide if headphones will be allowed. But my hope is that it will have a lot of sway to stop the insanity and just allow responsible runners to use headphones.

Prior to running the Seacoast Half Marathon, I spoke with the race director. She said that the town police required a ban on headphones in order to allow the race to run through their towns. While I think that rule was probably fueled by the USATF, there is still a likelihood that individual races will decide to ban them.

That said, nice move, USATF. You brought logic back to the roads!
Posted by Road Warrior at 8:00 AM

i love listening to music while running too, serves as a distraction, and background noise... most races in Canada haven't really enforced anything, so i'm hoping now with USATF lifting the ban, we will stay the same! Happy New Year... :)

Thanks for this great info!

I know this is important to you, so that is great news.