Movie Review: Run For Your Life 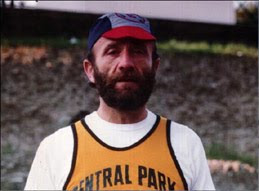 I recently watched "Run for Your Life", the story of Fred Lebow, the grandfather and effectively the founder of the NY Marathon. It starts from the beginning when it was just the New York Running Club and takes you all the way to the present day. Fred Lebow was both the president of the Running Club and the director of the NYC Marathon.

The marathon started from very modest beginnings and was run around Central Park rather than through the five boroughs as it is today. Fred took it from that start and negotiated with the city to make it a tour of the boroughs.

Fred was never a fast runner but he knew how to organize an event and get people there. He started as a salesperson in the Garment District in NYC by re-creating famous fashion designs of the day on-the-cheap. He was a knock-off artist. But that also made him a world-class salesman.

I absolutely loved this movie (available to stream on Netflix). They do a lot of interviews with people who knew Fred and it shows a real warm picture of the gregarious race director and how he was able to envision it and make it all happen. It shows you some of the odd races that Fred would put on to get notoriety for the Running Club and what goes into running one of the most famous marathons in the world. It's a short movie (less than 90 minutes), and it's definitely worth the time.
Posted by Road Warrior at 3:23 PM

I love my Netflix subscription. Very handy in Hawaii where we have no TV reception at all. I may check this movie out on my next visit!