End of the Bar as I know it (and oddly, I feel fine)

Last week marked the end of a very, very long 8 weeks of studying for the bar exam. If you're not familiar with the bar exam, it's a 2-3 day exam including 200 multiple choice and a bunch of essay questions. Even after you pass law school, you can't practice law in the US unless you pass the bar exam (and subsequently get sworn into the bar). So from late May until the last week in July, if I had a spare moment, it was pretty much taken up with bar study.

I took the exam last week over three days so that I could take both the Massachusetts and New Hampshire bar exams. The good news is that it went well. I'm not all that superstitious, so I think it's OK to say that it went well. Even if it's not, I felt good about it and that's because of all of the studying I did to prepare. It's a good feeling when you feel like you studied too much. 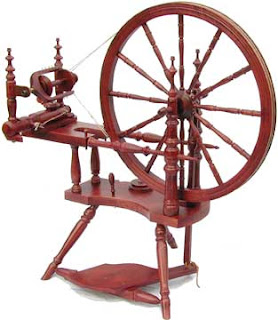 During the exam, I made a concerted effort to get out and exercise 3-4 days a week. Sometimes I was biking and sometimes I was running. It helped to clear my head at the end of a long day of studying or to get me ready for even more studying. I only got to work out once during the week of the bar exam (with travel, etc.), but I'm going to give myself a pass on that one.

I now have my life back which means that I'll have more down time and even more time to exercise. I start a new job in late August, so I have a few weeks to veg out and just enjoy not having anything hanging over my head, except for the results of the exam, I guess. For what it's worth, I hear about NH on September 24 and about Mass. in late October/early November. Don't worry: I'll keep you posted!

I also did my first spin workout last night. I have to tell you: I both loved and hated it at the same time. Really, it was great and awful. It was also nothing like riding a bike. They do all sorts of weird standing poses and riding and lean different ways, etc. I had a very tough time balancing myself when I was standing on the bike, which is a good indication that I probably didn't set up the bike correctly.

But boy was it a workout! I'd love to know what kind of calorie burn I had, but one thing I know is that my burrito for dinner was calorie neutral. After a steady diet of Diet Sunkist, string cheese and hard pretzels during the bar study period, I'm very glad to have a day where I'm largely calorie neutral. I need to start eating like a human being again rather than a bar student.

It feels good to feel human again!
Posted by Road Warrior at 11:45 PM

Wow, that's a long time to wait for results. Sounds like you were well-prepared, so I'll be waiting for the good news!

Now enjoy the rest of your summer!

Can't believe you have to wait that long! Where is your new job, will you be moving? Tell us more - we're nosy.

I'm contemplating a spin class myself but am very freaked out about the classes I have seen while plodding on the treadmill - it looks really hard!

CONGRATULATIONS! You have accomplished so much. I'm proud to know ya!