Using music to trigger a memory

A quick aside from my regular sparse running posts:

I've been a fan of music for as long as I can remember. We always had it in the house growing up, so it was always a part of my life. Like a lot of you, I'm sure, when you hear a certain song, it takes you back to a particular moment (or time period) in your life. Maybe a first love, breakup, celebration, whatever. 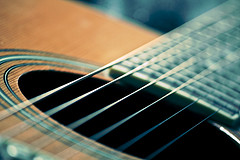 And, as you may have figured out by now, I'm a bit intense. And nostalgic. And a bit quirky. So, I decided to create a CD that I would listen to after I passed the bar so that anytime I would hear the song in the future, I would think of how amazing it felt to pass the bar. The song I played immediately after seeing my name of the "Pass List" was U2's "Beautiful Day." Now, every time I hear that song on the radio, I immediately think back to that morning, and how incredibly happy I was. Co-workers thought I was nuts for doing this kind of thing. They said I couldn't "force" a memory with a song. But, they're very wrong.

I have those songs when I run, too. In the last couple of months, I haven't been taking my iPod because the battery died and I haven't wanted to shell out the bucks to get it fixed. So, from time to time, I'll take out another music player, but it's bulky and doesn't seem to set correctly in its case. So, for the most part, I have been going without. I wonder if that is hurting my motivation. 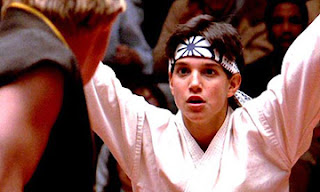 Anyway, in addition to the fun songs that I listened to on runs, there were some good inspirational songs. The two that really stick out in my mind are Joe Esposito's "You're The Best" (from the montage in Karate Kid), and "Gonna Fly Now" from Rocky. Every time I hear those songs (which, truthfully, isn't that often), I immediately think about the Lehigh Valley Marathon and what it felt like to finish it. I intentionally played "Gonna Fly Now" on the morning of my law school graduation. In fact, I stopped when I was about 5 minutes from my house so that it would be the last song that I heard before I drove to graduation.

I feel like there's got to be some sort of loony bin with my name on it with some of the odd things I do. I just hope they'll let Bono in from time to time.
Posted by Road Warrior at 8:00 AM

Email ThisBlogThis!Share to TwitterShare to FacebookShare to Pinterest
Labels: Motivation