As I thought about what I wanted to write this morning, I figured this post would be about the professional/personal accomplishments and about the lack of running/fitness accomplishments. But I decided to calculate my mileage for the year and it wasn't as bad as I thought. All told, I've run 625 miles in 2010. It's not a lot of miles, and it's far from a record for me, but, well, it's much better than I thought.

There are two fitness accomplishments from this year that are worth reflecting on: making it to Los Angeles and completing a Century ride in one day.

Making it to Los Angeles

As many of you know, the title of this blog is about my three-year quest to run the distance of Philadelphia, PA to Los Angeles, CA over the three years that I was in law school. I tracked my progress on maps as I "ran" across the country by running wherever I physically happened to be. 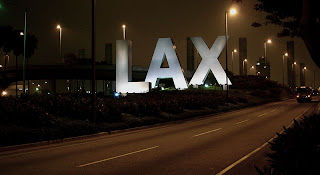 On April 30 of this year, I made the final run into Los Angeles (Los Angeles International Airport to be exact). It was a long road of 2,736 miles over the last three years that allowed me to reach my goal. I wanted to complete it before I graduated from law school (more on that later) on May 15 of this year. And I made it by 15 days.

Running across the country is a goal that I never, ever expected to complete. But knowing that it was out there helped me to stay motivated in some ugly New England winters and hot summers to run all the miles I needed. I ran with some great friends and I couldn't feel any luckier for being able to do it. 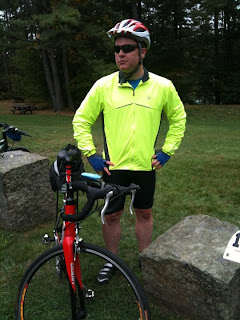 I also did a 100-mile bike ride in 2009. It was the Seacoast Century Ride, but we ended up doing it over 2 days (the remaining 18 miles happened on day 2). This year, I completed the full 100 miles in one day, and in just about 5 minutes slow than the combined time for the year before. The ride this year wasn't without a few problems, but I was thrilled (and incredibly sore) to have completed it in one day. 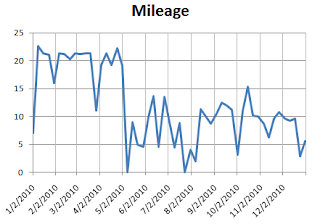 Well, as you can see from the graph, once I completed my final run from Philly to LA, my running dropped off significantly. Honestly, the remaining miles to get me to LA were a pain. I wasn't in pain, I just didn't want to run anymore. So finally, when I allowed myself to stop running, I did. And the miles haven't picked back up. Though I averaged just over 12 miles/week for the year, the majority of those miles occurred prior to April 30.

I also picked up the mileage on my bike a bit. I biked 561 total miles in 2010, which isn't bad considering that I can only bike from late March to mid-September. I've very much enjoyed getting on the bike to break things up a bit. The only problem is that I don't burn nearly as many calories while biking as I do while running.

Beyond fitness, 2010 has really been more about personal accomplishments than about fitness. After three years of law school, I finally graduated and passed two bar exams. That makes me eligible to practice law in both New Hampshire and Massachusetts (though I'm inactive in Massachusetts). I also got an awesome job as a criminal defense attorney at the New Hampshire Public Defenders' program, which I absolutely love.

At the end of the day, after leaving my family and friends, not to mention a very good job, I am in my new career and I'm doing something that I love. It was an unbelievably difficult transition to make for me, but I wake up every morning thankful that I did it. I don't regret making the change, even if my bank account does. I never thought I would be, but I am a believer that sometimes you have to make the unprofitable decision to do what you want and need to do. It's not a philosophy that I've really ever bought into before, and I can't buy into it very often again, but I believe it. I am truly happy where I am doing what I'm doing.

Man oh man - you've had one heck of a year and I am proud to have been along for the ride, at least in a small way. Your blog always, always inspires me. Here's to 2011!

I can't imagine how much courage it took to make such major changes to your life but am glad it's all worked out so that you are now very happy. And great job on all the running and cycling to boot!

Look forward to seeing you again in Boston. Best wishes to you in 2011.